Alto, Tenor, and Clarinet
Joined 10 d ago
·
4 Posts
I recently acquired a late Conn 10m tenor with no neck. While I would love to find a clean double socket neck, realistically that probably won't happen. The horn is bare-brass and I would rather not have to strip nickel off of the octave mechanism to get it to match. How hard would it be to take an earlier 10m octave mechanism and tenon and fit them onto the horn? I know that the underslung horns had an additional post so I would have to remove that as well. Included are some pictures.

MojoBari said:
The problem with using other necks is not the socket size. That can be fitted. The issue is this era 10M mechanism has a reverse action or motion compared to most saxes. When you press the octave key for upper notes, the post moves toward the sax, not away. It pushes the neck key down instead of pulling a ring outward.
Click to expand...

That's why I'm looking to see if an octave key will fit.

turf3 said:
You've got two basic choices if you want to adapt a neck:

1) Get a standard 10M octave mechanism (the part that's on the body, with all the little gubbinses and bits) and use it to replace the mechanism that's on your horn; hope like hell that the interface points are close enough (where it interacts with the G key; where the thumb key is; etc.

2) Take a 10M neck and move the pip around to the underside and make a new octave key for the neck.

The tenon-receiver bit is fairly trivial to work out.

Frankly I think your chances of success would be better in getting a standard 10M/Pan Am/16M neck and moving the pip round to the bottom - there are many thousands of those necks around, whereas getting a dead 10M with the whole mechanism intact and getting it transferred over is going to be a HUGE PITA and you'll be left with most of a 10M that's missing its octave train.
Click to expand...

I thought about that for sure. I have a 10m neck that's in fairly good shape but for 100 I could order a cheap replica off of ebay to mess with. The only iffy thing is placing the octave pip, I know that the underslung tenors had them at an angle but I could probably line that up and figuret it out with some trial and error. But at that point with all of the effort is it even worth it? This tenor has a bunch of weird quirks so I'm not too awful sure about cutting up a 10m neck to be underslung. I'd rather have that normal look.

JayeLID said:
First thing I checked was the date of this thread.

Folks... catch up with curve here....several threads about the fact that there's a Chinese factory with an eBay presence which now makes replica underslung 10M/6M necks. 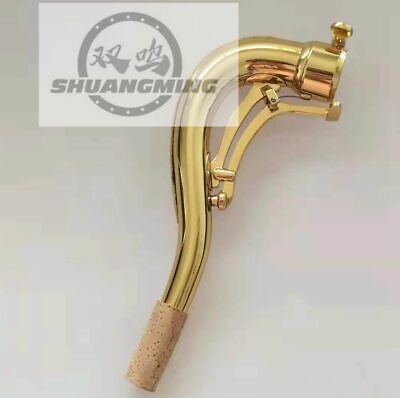 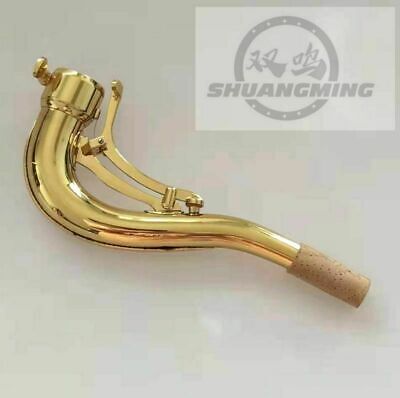 They are dead-on replicas, I used one on a neckless 60's 10M. The ONLY issue, as I reported in an initial thread on them (started by Palo Tung, I think) is that there was an issue with the siver-soldering of the thumbscrew eyelets; they needed to be resoldered here.

I suggested that anyone buying one talk to the seller and get them to have the factory confirm that issue has been dealt with and that the eyelets are solidly and reliably soldered.

Other thing I suggested is have them bump up the shipping to Fedex or DHL, as the standard ship from China can take 6 weeks and then oddly, the tracking # changes once it enters US but they don't change it in the shipping info (not their fauly, but that's just what happens).

So this is by far the best, quickest bet.
Click to expand...

I have a silver plated one for my 6m and I don't care for it at all. I immediately noticed that it was a lot lighter and had a differrent angle then my original. The sound was also quite stuffy. I'm not too fond about that option.
1 - 4 of 4 Posts
Join the discussion
Continue with Facebook
Continue with Google
or sign up with email
About this Discussion
13 Replies
5 Participants
Last post:
MojoBari 5 d ago
Sax on the Web Forum
A forum community dedicated to saxophone players and enthusiasts originally founded by Harri Rautiainen. Come join the discussion about collections, care, displays, models, styles, reviews, accessories, classifieds, and more!
Full Forum Listing
Explore Our Forums
Misc. Saxophone Discussion Sax Repair, Maintenance and Modification Tenor mpc Word games SOTW Member Recordings & Reviews
Recommended Communities